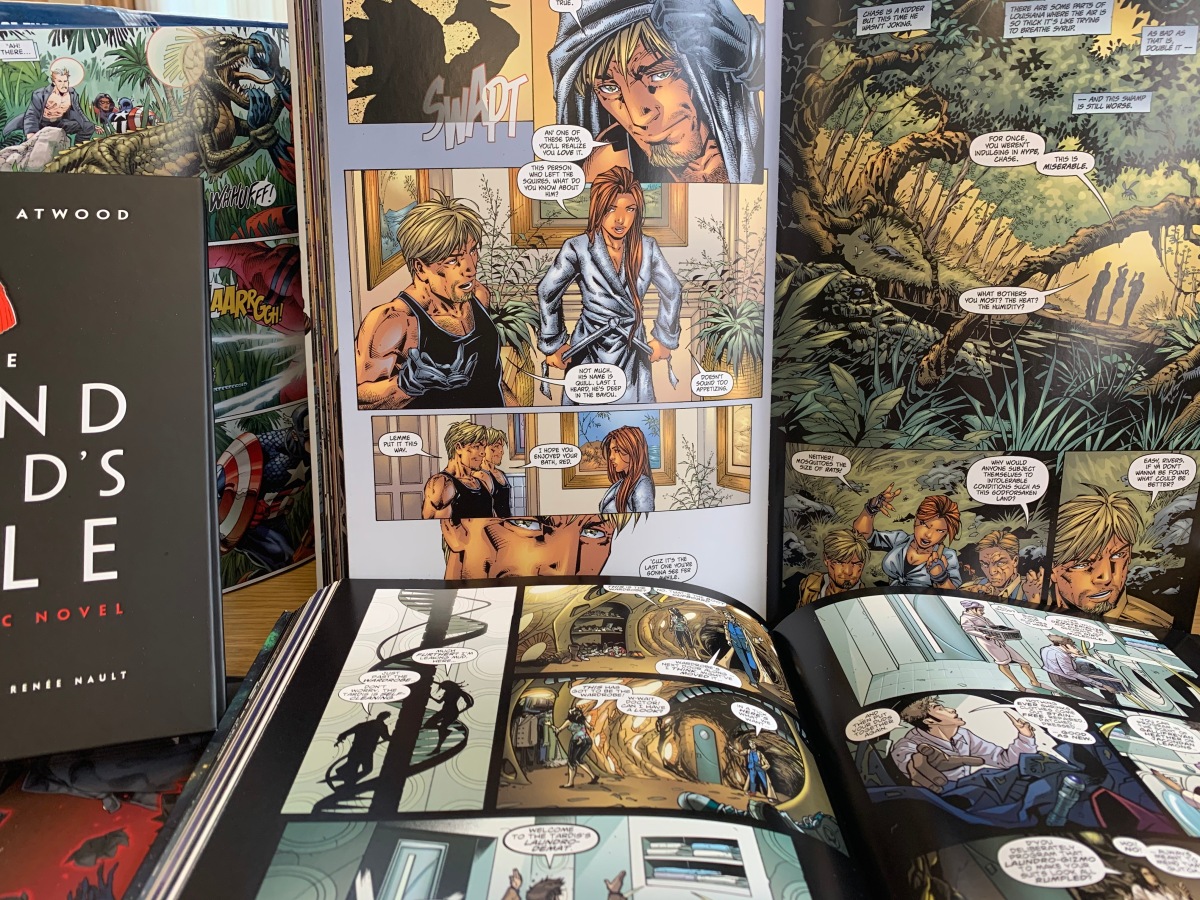 Graphic novels make great television. At least that’s what you would assume after one glance at my streaming history. For the most part of 2020, I have watched a lot of Netflix, Hulu, and Amazon Prime graphic-novel based movies and shows. Why? Because the stories, characters, and settings explode on the big screen as well as they jump off the pages of books in which they originate.

Here is a list of four graphic novel-turned television titles in the order in which I watched them. Want to know which one reigns as my favorite? Keep reading.

WOW! What a lineup. Each one of these fantastic graphic novel series struck a chord with me in their own way and deserve to be seen (or read) at least once. But which one is my favorite?

Extraction had WAY too much in-your-face violence for me to stomach, but I still am curious as to what happens next. The Witcher is a GREAT series: graphic novels, video game (where the story actually originated), and the show have great characters, setting, and plot, but isn’t at the top of my list. Wynonna Earp is delightful. The characters are likeable, the story is fun, not-so-gory, and the tie-in to the Wild West and its people are right up my alley…but, The Old Guard wins this battle for me. In spite of the violence, everything about this story comes together for me. The main characters have a protective and familial bond with each other, their fight to stay secretive in a high-tech world is challenging, and a surprising rivalry is formed as they exile a member of their own team and one long-lost partner returns. I can’t wait to see and read more from this series.

Do you have a favorite Graphic Novel? Check out our digital collection of graphic novels, or request them from our curbside service. We have a great collection of titles for youth, teen, and adult readers. Check out our Pinterest Board for some great suggestions!

This site uses Akismet to reduce spam. Learn how your comment data is processed.

Transforming our community one interaction at a time.

Reminder our Holiday party is December 14th.
Check out the holiday collection for kids!